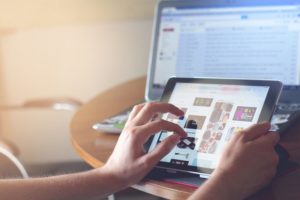 Germany’s auto industry is dealing intensively with digital disruption, according to a new poll

Three out of four automotive companies have serious concerns about the future as the industry faces massive disruption, according to a new study. The survey also found that half of all companies interviewed felt that digital change could actually pose an existential threat.

The poll, conducted by management consultants Staufen, asked 650 executives at German companies to answer questions about their companies’ preparedness for digital change. One-hundred of the executives were from the auto industry.

“The results of the study confirm the impression that the auto industry is intensively occupying itself with the sustainability of its products and its business models,” Michael Hahn, automotive expert at Staufen, said in a press release. “The general expectation that it won’t be so bad is clearly the exception rather than the rule,” he added.

Automakers and automotive suppliers are more concerned about the challenges posed by digitization than, for example, the electronics industry or machine-tool companies, according to the study.

That may reflect the car industry’s relatively strong focus on digitization and its stepped-up search for viable new business models.

Said Hahn: “The auto industry is and will continue to be a leader in Germany when it comes to technology innovation.”

Courtesy of Automotive IT