Would you buy a new car completely online? 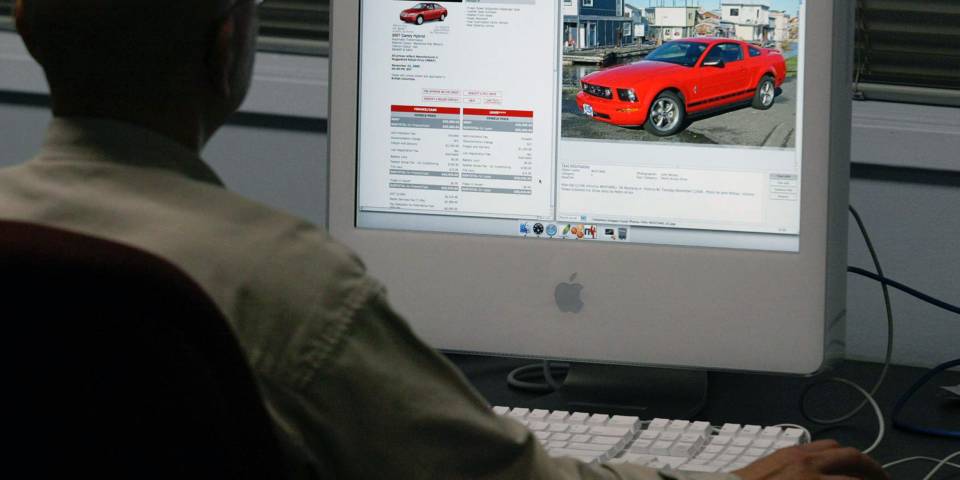 Montreal dealership first to offer complete service, but it’s not like you’re buying a book from Amazon

The first time I bought a computer I roamed around a store bewildered by dozens of different machines set up and running, each perhaps better than the last but all of them different. I finally pointed to the one I could afford that promised to do the things I needed and left the store, boxes of confusion stuffed in my trunk.

Today, I order everything online and a nice man in brown shorts delivers it all the next day. It’s easier, cheaper and I definitely get a better product. After all, I sat on my previous computer and sourced it all out, my brain uncluttered by store noise. What could be better?

How about buying a car this way?

Chambly Honda in Montreal has partnered with 360 Solutions & Consultations, a Montreal agency that specializes in e-commerce strategy; their philosophy is to find a simple solution to your complex problem. Is purchasing a car a complex problem? Is buying one entirely online the simple solution consumers will flock to? 360 started developing its online car buying platform three and a half years ago; Chambly is the first of 30 dealers across Canada to launch it for new car sales, though Performance Auto Group beat them to the punch for online used car sales called zoom.ca, also a 360 product.

Chambly dealer principal Louis-Martin Racicot sees it as a natural progression as more consumers, especially millennials, find it totally normal to do everything online. He notes that car buyers now do far more research online, and land in showrooms armed with more independently sourced information than ever before.

“We will be looking at three types of situations,” he says. “One hundred per cent online transactions, and [two] hybrid versions: those that start out in the showroom and are finalized online, and those that begin online and are finished in the showroom.” Racicot began seriously looking at the complete online sales platform about 18 months ago, and admits the launch this week has brought a lot of curiosity – not just from reporters, but from his colleagues in the industry. “Some are happy, some are less so,” he laughs. “The first to try something new takes the biggest risks.” Having said that, while it’s tough to anticipate what portion of his sales will be increased by the undertaking, he feels confident buyers will respond.

Louis-Yves Cloutier of 360 makes the case that an increasingly self-serve market will embrace a purchasing cycle that they can control. “Dealers can open a quote and start building a transaction, but buyers will control more of the process.” Showroom pressure has made the Internet a car buyer’s refuge; is this type of platform the natural conclusion of the process? How far will buyers actually go to stay out of the dreaded finance and insurance room?

I asked Racicot how he planned to handle the inevitable: buyer’s remorse. One of the most popular parts of ordering things online is knowing you can return it, usually at the seller’s expense. We may be used to the concept of buying, but we also take for granted the un-buying.

“If you do a transaction 100 per cent online, we want a customer to be happy. It will be case-by-case basis, but there will be a five-day, 500-kilometre buffer zone if someone genuinely needs to make a change. That might be a different vehicle, or a full refund.” He’s cautious about broad money-back guarantees; a vehicle is not a pair of jeans, and consumers entertaining purchasing this way should examine every part of a contract before they sign, just as they would in a showroom. The law doesn’t have a cooling-off period for car purchases, so get any stipulations surrounding an online contract in writing as well.

Not everyone thinks this will even be an issue, however. J.P. Ostiguy is the e-commerce manager for Alta Group, and he disagrees with statistics indicating that the number of people wishing to conclude an entire car purchase online is climbing. “Industry stats showed us there was actually a drop of about 10 per cent between 2015 and 2016,” he says. “We sell thousands of cars, and while the use of the Internet for research increases year after year, people still want that in-person experience when it comes to the final decision.” He even singles out the younger buyers as being more involved in the tactile experience, despite an assumption that generations raised with touchscreens will eschew more traditional methods on something as expensive as a vehicle.

And if buying a car online is the way we’re headed, why – besides outliers like Tesla – aren’t we seeing more of it? Why isn’t a giant like Amazon at the front of the line?

Racicot says it’s not a true comparison. “You need specialists,” he says. “We deal with financing matters – buying, leasing – and issues of warranty and things like that. It’s not like shopping from a catalogue.” The “things like that” no doubt include the hammer part of a traditional sale – the clearcoat and the rustproofing and the nitrogen in the tires. Just as I’m ready to brush off the online sales idea as too gimmicky, too simplified, I admit that this is the one portion of the sales game where the consumer might actually come out ahead. That pressure game is the number one turn off, judging by commentary from my viewers and readers. Out of the crucible of that business office, which feels more like detention than a shopping experience, might we actually feel better about our purchase?

I asked Cloutier whether the numbers show people shunning the add-ons without the intimidation that many experience. While it’s still early going, some early adopters of the platform in the used car market are actually showing significant numbers of buyers taking the extras; he attributes it to consumers moving through the process at their own pace, and making decisions based on sourced information rather than a need to finish the deal.

While online shopping for most things is totally normal, are we going to see cars head the same way? I’m actually torn about the idea that millennials will embrace this. I know far more boomers who walk into a showroom and say, “Give me another one of what I’m already driving,” when a lease is up than I do millennials who would do the same. I’ve done it myself. I’d say that is who would be more willing to take a risk with a dealer they know on a product they’re familiar with.

Cloutier believes no seller should try to target who might or might not embrace this type of technology, to simply offer it up.

Why a Digital-first customer experience is imperative in 2021?

Auto Dealers and their New Rules on Customer Relationships

Dealership Innovations That are Defining the New Normal