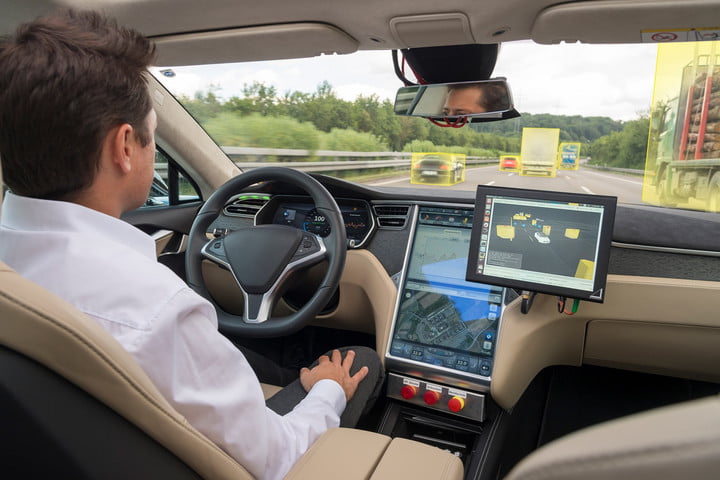 In October 1986, when Bosch and Mercedes-Benz parent company Daimler began working on a large-scale autonomous car project, the technology seemed light-years away from merging into the mainstream. There were ups and downs, but the three decades of hard and persistent work are about to pay off. The two German companies have announced the joint development of a hardware and software platform for self-driving cars that will reach production in the early 2020s.

“Autonomous driving is one of the biggest challenges ever in the car industry. Hardly any company in the world can meet this challenge on its own,” said Dr. Michael Fausten, Bosch’s head of urban autonomous driving, during a conference call.

His statement explains why the two partners decided to use Nvidia’s Drive Pegasus artificial intelligence (A.I.) technology to process the algorithms they’re jointly developing. Announced at the 2018 Consumer Electronics Show, Drive Pegasus is built on two Xavier processors and a pair of next-generation GPUs. It handles 320 trillion operations per second; in simpler terms, it delivers the performance of a trunk full of PCs in a device no bigger than a license plate.

The project calls for the launch of a level 4 or 5 car, meaning one that can drive itself in a variety of conditions without requiring human intervention. Fausten explained it will be able to operate in autonomous-only mode on sunny days or in inclement weather, in broad daylight or at night, and on several different types of roads. Prototypes will participate in an extensive pilot program before Daimler and Bosch release the technology to the general public.

Details about the program still need to be finalized, so what we know about it is murky at best — we can’t even tell you its name yet. It will start in the second half of 2019 in a major city located, appropriately, in California’s Silicon Valley area. The cars that will participate in the pilot program will be purpose-designed vehicles developed and built by Mercedes, and they’ll initially operate through a ridesharing service available only on select routes. More routes will be added as the program grows, but it’s too early to tell how many cars will hit the streets.

“We are working as fast as we can but also as thoroughly as we can.”

Once the automotive and tech industries’ darling, autonomous technology has been vilified after a Volvo XC90-based prototype built and operated by Uber struck and killed a 49-year old woman named Elaine Herzberg as she crossed a street in Arizona. Critics collectively raised their tone when the circumstances of the crash became clearer; the safety driver was watching Hulu before the impact, according to investigators, and the prototype’s software may have chosen to ignore the pedestrian. The snafu increased the pressure regulators put on companies testing autonomous cars and boosted the public’s skepticism about so-called robot cars.

Daimler and Bosch firmly believe they’ll manage to avoid finding themselves entrenched in a similar situation.

“We are not in the position to comment on recent accidents,” Dr. Uwe Keller, Daimler’s head of autonomous driving, told Digital Trends. “I would rather focus on what we are doing on our side to avoid anything happening to our program. We are having a very careful design process where we evaluate all use cases and figure out what can happen on the roads. When we test, we drive on public roads with people on board who are trained and well certified. From our side, we think we do our best to make driving safe in the testing and prototyping phase.”

Fausten echoed his colleague’s comments. “We are working as fast as we can but also as thoroughly as we can,” he told us.

While both parties declined to discuss the financial terms of the project, Fausten called it “one of the biggest enterprises in innovation we have undertook in the past.” He added that’s because the technology is “high-level, cutting-edge, and complex.” Cost and complexity explain why Daimler and Bosch — two companies with deeply-rooted ties — joined forces on the project. They’re not currently considering adding other companies like Google’s Waymoto the alliance, however.

Companies wishing to bring autonomous technology to the market must butcher their way through jungles of red tape. Just ask Audi: The firm gave uptrying to offer Traffic Jam Pilot, the innovative level 3 system it designed for the new A8, in the United States because it couldn’t get it approved by federal regulators. Bosch and Daimler will need to jump hurdles, too, but they’re betting some will fall in the coming years.

“We need the right regulatory environment to really make these vehicles drive on public roads in a legal way. There are still lots of activities to do in the United States, as well as in Europe, but we are seeing very good progress,” Fausten concluded.