Big Data is rising on the dealer horizon 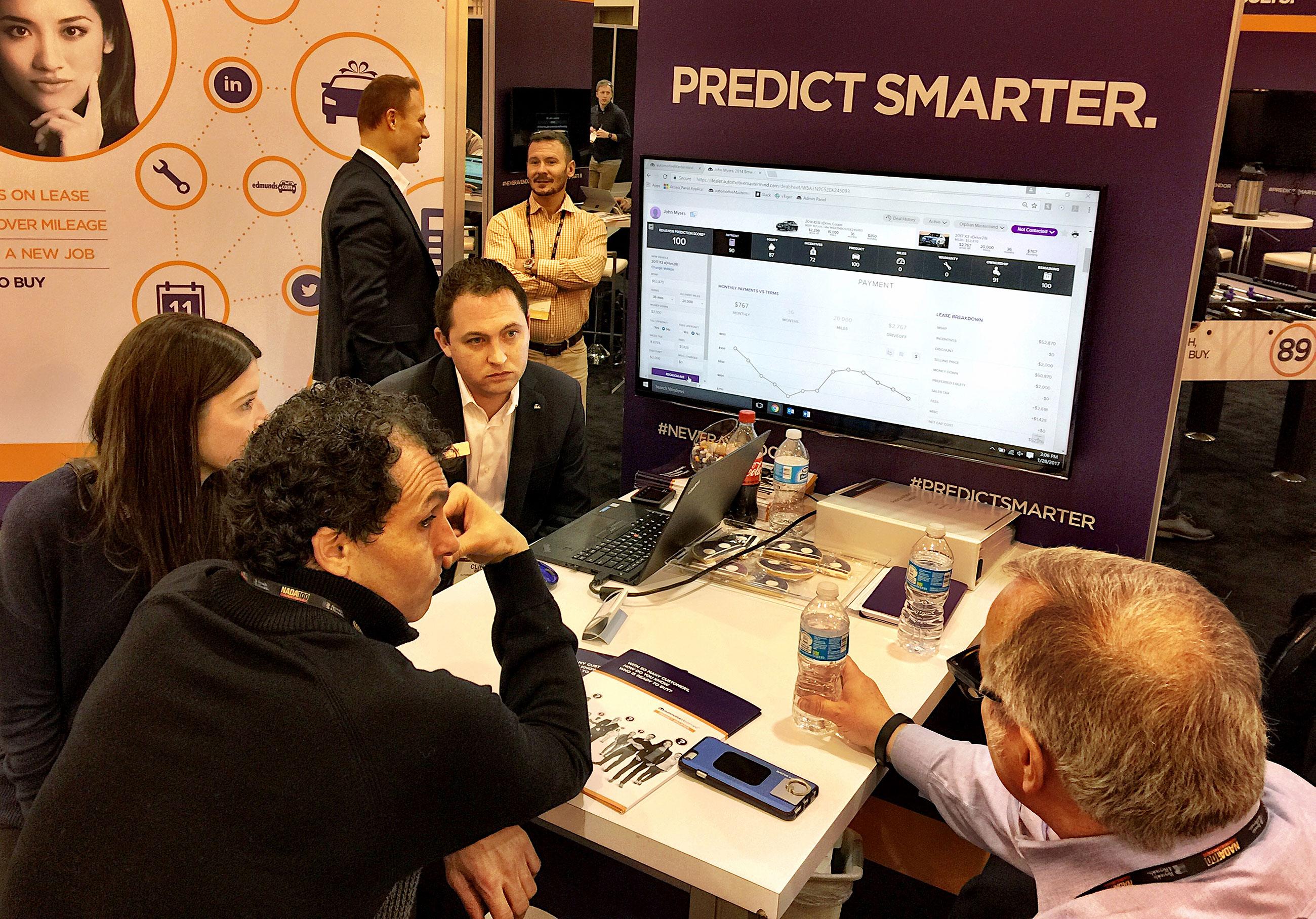 Dealers are getting an earful on predictive analytics at NADA this year. Photo credit: JOE WILSSENS

Big Data does a lot of things. And there has been some anxiety in that. Consumers have feared that Big Data can throw back the curtain on the Internet activity of people who don’t necessarily want their Internet activity thrust onto display. In recent years, data vendors have struggled to reassure the public — and even worried government agencies in some cases — that they are not peddling WikiLeaks-grade hacking technology. They are simply offering customers a way to measure real activity, a science for understanding where their commercial traffic is coming from, and a tool to predict where it’s going.

That’s not a bad thing.

A company called automotiveMastermind is showing booth visitors here how Big Data can help them predict more accurately which customers are most likely to buy. The New York company recently signed a deal to work with Toyota dealerships.

We’re hearing a series of convention workshops by data scientist Noah John this weekend discuss the emerging role of Big Data. Notable among the topics — tightening up used-car prices. By being able to see which vehicle price points attract shoppers as they peruse the online inventory, how quickly they drew traffic and how fast a product turned, a used-car manager can know specifically what shoppers want. The manager can also know where the shoppers are coming from to understand what they have rejected.

It’s called predictive analytics, and car dealers are going to hear a lot more about all this in the years ahead.

Courtesy of Automotive News
Disclaimer:  AutoFacets doesn't claim or takes credit for images/content/videos/whitepapers/etc. featured on its website. All images/content/videos/whitepapers/etc. are copyrighted to its respectful owners and are shared for informational purposes. This sharing is not intended to infringe the copyrights of respective authors.

Fleet managers will ‘cease to exist’ unless they embrace big data