Driverless cars will be fully operational on UK roads by 2021, says Philip Hammond 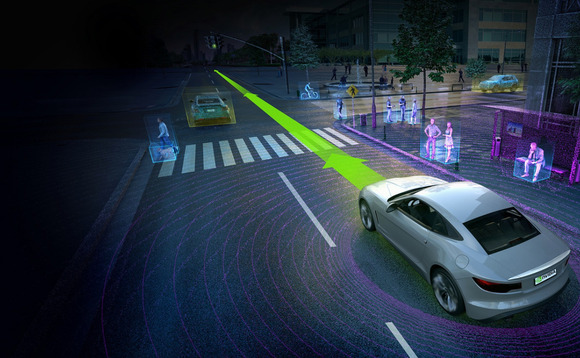 Driverless cars will be fully operational on UK roads by 2021, says Philip Hammond

We can’t ‘hide from change’, he says

AUTONOMOUS VEHICLES will be fully operational and on UK roads in four years’ time, chancellor Philip Hammond has said. Talking to the BBC, the Hammond said we will have “fully driverless cars” without a safety attendant on board in use by 2021.

“Some would say that’s a bold move, but we have to embrace these technologies if we want the UK to lead the next industrial revolution,” he said on the BBC’s Andrew Marr Show just days before he’s due to announce regulation changes in Wednesday’s Budget – which will allow developers to apply to test driverless vehicles on UK roads.

When asked if the introduction of driverless vehicles could trigger the loss of hundreds jobs for drivers, Hammond said the country could not “hide from change” and the government had to equip people with the skills “to take up new careers”.

The UK government has said the autonomous vehicle industry will be worth £28bn to the British economy by 2035 and will support 27,000 jobs.

However, many are dubious. Former Top Gear host and full-time arsehole Jeremy Clarkson recently wrote in the Sunday Times that we are “a very long way off” the rolling out of driverless cars. After experiencing two incidents that apparently could have killed him  while travelling in a self-driving car, he deducted: “For now, we’re miles away from it” after he

Nevertheless, Hammond’s announcement on the BBC comes not long after Korean tech giant Samsung revealed it’s the latest company to get the go-ahead to test self-driving cars in California.

However, focusing on technology with an algorithm specific to navigating safely in adverse weather conditions, the company said it has no ambitions towards the car market, but will more than likely be looking at the value of its components for wholesale to the growing number of autonomous driving manufacturers.

This may take the form of an in-car driving experience to rival the likes of Android Auto, leveraging its recent purchase of Harman, manufacturers of audio for a wide variety of use cases.

Courtesy of The Inquirer