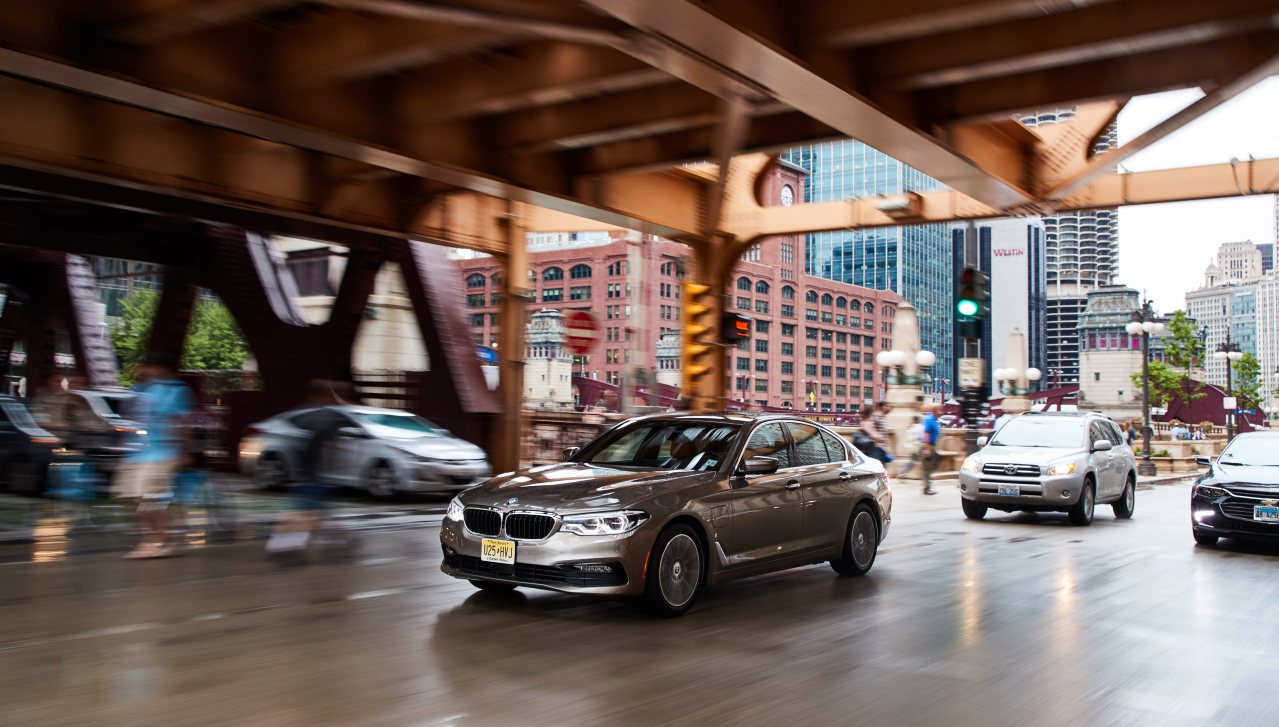 In 10 years, when autonomous driving is mainstream, we’ll have a fundamentally different relationship with our cars and driving in general.

Every major car company is fully aware of this, but not all are reacting to this change with the same degree of urgency. Earlier this month, BMW hosted its Innovation Days at its technology office in Chicago, where the company showcased the current state of its connectivity services and laid out its vision for the future.

Unlike other manufacturers, BMW has decided that it wants to retain full control over the in-car experience and that it doesn’t want to outsource this to a big technology firm. While the company offers support for Apple CarPlay, it’s not going to support Android Auto anytime soon (and even the CarPlay support isn’t something it seems all that excited about). Instead, BMW has decided that its job as a premium brand is to own the customer experience and make it fit the rest of the driving experience.

“We work with the latest and greatest technology and tools with the goal of integrating our product, our cars, with the digital lifestyle of our customers,” BMW’s VP of Digital Products and Services Dieter May said during a small press dinner ahead of the event. “We think our cars need to play well with [our customers’] digital lifestyle.”

BMW currently has 150 people in its Chicago office, which complements its other tech offices in Shanghai, Tokyo and Mountain View. The core of the Chicago team came from Nokia. BMW acquired Nokia’s software team in Chicago and is now making good use of the fact that this core team had a lot of experience in mobile, cloud and internet services already.

“What we do here is something that’s new in the automotive industry,” May said. “We established a new way of working. We have challenges, of course, because we have long vehicle cycles, whereas the internet industry and the consumer electronics industry is very fast. So we need to build that bridge. This is part of our goal here. Also, the software lifecycle and the tools that are being used in the automotive industry are different from the ones that are being used in the digital world and the internet industry. But that’s why we brought cloud technology, cloud expertise into this company.”

That traditionally slow software lifecycle in the automotive industry meant that many teams never adopted modern software development techniques. So while methodologies like Agile it may seem trivial to anybody who has worked in a startup or even a modern enterprise, for a company like BMW, moving to Agile, using Jenkins as its automation server and tracking bugs in JIRA marks a major change. It’s not often that you talk to a car manufacturer and the word “scrum team” comes up in the conversation, but that’s the new reality for car manufacturers today.

BMW could simply adopt existing platforms like CarPlay, but that’s not the company’s strategy. Instead, BMW is partnering with the likes Microsoft to help them bring their products into its cars. For now, that means your car’s infotainment system can show you your appointments and emails from Outlook, for example (a use case that fits well with the overall demographics of BMW owners). Support for Skype for Business is coming soon. When you use these services, though, you never see a Microsoft logo. The plan here is to go far deeper — and maybe work with other partners, too — yet still retain the feeling of interacting with BMW directly, not a third-party service.

That also means that the company is looking at how it can integrate voice assistants. May argues that having to say “Alexa” or “Hey Google” doesn’t really fit in with the idea of a premium brand. It’ll be interesting to see how BMW and others will handle this because drivers will want to be able to use their favorite personal assistant in their cars, too.

Once you have a connected car, you also suddenly get lots of analytics back from how drivers interact with the infotainment system. Traditionally, a car manufacturer would build an infotainment system, maybe do some user tests, tweak it, and wait for the reviews to come in. Then, in a year or two, the next version would hopefully be better (though the driver would be stuck with the old system for the life of the car).

Now, using the data it gets back from the car, BMW gets a constant flow of feedback, and its software team can immediately act upon this because it is also able to push updated software into the cloud and — if necessary — to the car. Indeed, a BMW engineer told us that the company has already shipped 260 updates this year.

Chatting with BMW’s engineers, there was also a lot of talk about minimal viable products. That doesn’t sound very premium, of course, and May acknowledged that it’s something its customers may have to get used to. But the rapid software development and feedback cycle now allows a company like BMW to think in those terms when developing new in-car technologies.

To do all of this, and serve the 1 million users on its various platforms, BMW obviously needs a partner in the cloud and the company decided to go with Microsoft’s Azure Cloud as the technical foundation of its overall strategy. BMW clearly looked at Microsoft’s roadmap and liked what it saw. But it’s worth noting that one of BMW’s major growth markets right now is China, and Azure has a substantial presence there with two regions in the country.

Currently, BMW runs its global operations from three Azure data centers (one each in the U.S., Europe and China). It integrates its core services with those from third-party vendors, too. Those include the likes of Weather.com for — you guessed it — weather data and Twilio for sending reminders to a driver’s phone, for example. On top of that, BMW also makes heavy use of Azure’s reporting features and Microsoft’s Power BI charting tool.

In addition, though, BMW also still runs its own legacy data centers, mostly for handling customer accounts. Those systems work well for the time being and as one BMW engineer told me, there was simply no reason to bring that into Azure. This BMW-owned infrastructure also handles remote service commands to its cars. My understanding is that some BMW workloads also run on AWS, but it’s unclear what exactly those are or if the company is only using AWS as a fallback or for development and testing.

Make no mistake, all of this work and the features they enable are great, but the company is doing this in preparation for the arrival of fully autonomous cars. When that happens and drivers can suddenly use their drive time for productivity and entertainment, that’s a huge market that suddenly opens up.

If, as a car manufacturer, you don’t own your relationship with your customer, then somebody else will. But in a future where car ownership may look very different, that’s where companies like BMW will be able to make a lot of money. And while the car and the brand will still matter (though maybe less than today), it’s software services that will be the major differentiator between different options. The smart players in this space know that, which is what’s driving companies like BMW to become software shops in addition to car builders.