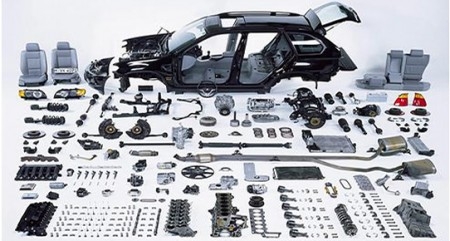 …Automotive Aftermarket Suppliers Association (AASA) projects total aftermarket to have a compound annual growth rate of 3.6% through 2019; Do It Yourself (DIY) retail sales to grow approximately the same rate

Our original 2016 forecast of $7.4B was surpassed – partially on the strength of Amazon parts sales this past year – as the auto parts industry generated over $7.6B in online sales. This number includes both OEM replacement, and aftermarket parts & accessories that were sold online, and these are typically parts manufactured by SEMA members (aftermarket parts & accessories), and Auto Care Association/AASA/MEMA members (OEM replacement parts).

“OEM replacement” in this case can include parts sold as genuine replacement parts from the OEMs, usually through auto dealerships, or it can include the aftermarket-equivalent brands sold for service repair and to the DIY market.

Amazon remains the auto aftermarket’s largest single online retailer and they are getting more aggressive for 2017. Amazon is challenging retail chains AutoZone, Advance Auto Parts, and O’Reilly Automotive. A recent article from Barron’s claimed that Amazon auto parts prices were 22% lower than the chains.

A huge challenge for Amazon to solve is quick on-time parts delivery.

Another significant outlet for auto parts is eBay Motors, but we don’t include those auction or fixed price sales in our annual numbers since that would result in double-counting (see details below for further explanation). We’re also not currently including sales from other third-party sites such as Newegg or Jet for the same reason.

It’s no secret that brick & mortar auto parts sales have had a rough time. According to the AASA Joint Channel Forecast, the Automotive Parts & Accessories Stores sales channel will only grow by 2.9% in 2017 and 2018, and 2.8% in 2019.

According to the US Census Bureau, retail sales through auto parts and tire stores (NAICS 4413) in 2016 will be close to flat with 2015 (December 2016 sales were not reported as of this article’s posting).

Online sales not only growing but accelerating

Our forecast for 2017 from a year ago, put online parts sales at around $8.3 billion. That forecast has now been increased to nearly $9 billion. Our original forecast for 2018 was about $9.5 billion but this forecast bumps that up to over $10 billion.

These increases take into account two things: Amazon’s rapid growth, and the success of many niche online retailers who do a great job serving very narrow segments of the auto parts market.

On top of that, we’re seeing healthy growth in personal consumption of auto parts and tires from 2015, as measured by the US Bureau of Economic Analysis (chart above right). Personal consumption measures purchases of auto parts and tires through all channels and we’ve seen an upward trend in growth since the summer of 2016. December closed 2016 with nearly a 2.5% increase from December 2015.

Personal consumption of auto parts, excluding tires, looks even better. When you exclude tires, December closed out the year with a 3% increase over December 2015 (chart at left).

Both of these trends show improvement from spring and mid-2016 and are a positive trend leading into 2017.

Total eCommerce sales in the US, as tracked by the US Census Bureau, had year over year growth of about 15.5% in 2016. They estimate total e-commerce to be 7.7% of total US retail sales (all retail sales, not just auto parts).

2016 saw a dramatic shift in online sales to mobile devices. Online retailers who were prepared for the shift did well (Hedges & Company clients have heard us talking about this shift for over a year).

It’s safe to say at least $4 billion in auto parts will be sold online in 2017 using mobile devices.

Some statistics provided to us by Google tells the story: Fifty-nine percent of online searches for car batteries are now on mobile devices; off-road parts search is now 61% mobile; truck parts search is 57% mobile; parts & accessories that modify a vehicle’s appearance are at 70%. The list goes on and on.

If you sell parts online make sure you have separate marketing strategies for mobile vs. desktop.

$4B in #autoparts will be sold on #mobile devices  Tweet

History of our online sales forecast and methodology

We’ve tracked online auto parts sales closely each year since 2007 and use a combination of our own proprietary industry research, trends analysis, US Census data, data from the US Bureau of Economic Analysis, interviews with industry sources, analysis of third-party data, and statistical modeling.

About a third of Amazon’s auto parts sales are third-party sales and are excluded.

For our annual analysis, we consider eBay and most third-party marketplaces to be sales channels. Many online retailers sell through their own websites as well as multiple other sales channels, so including them would result in double-counting of online sales. Including auctions would also include individuals selling used parts.

Quoting this article and our trends

This article is copyrighted, but we encourage sharing so it is licensed under a Creative Commons Attribution-ShareAlike 3.0 Unported License and can be distributed or quoted, with credit given to Hedges & Company and a link back to this article.