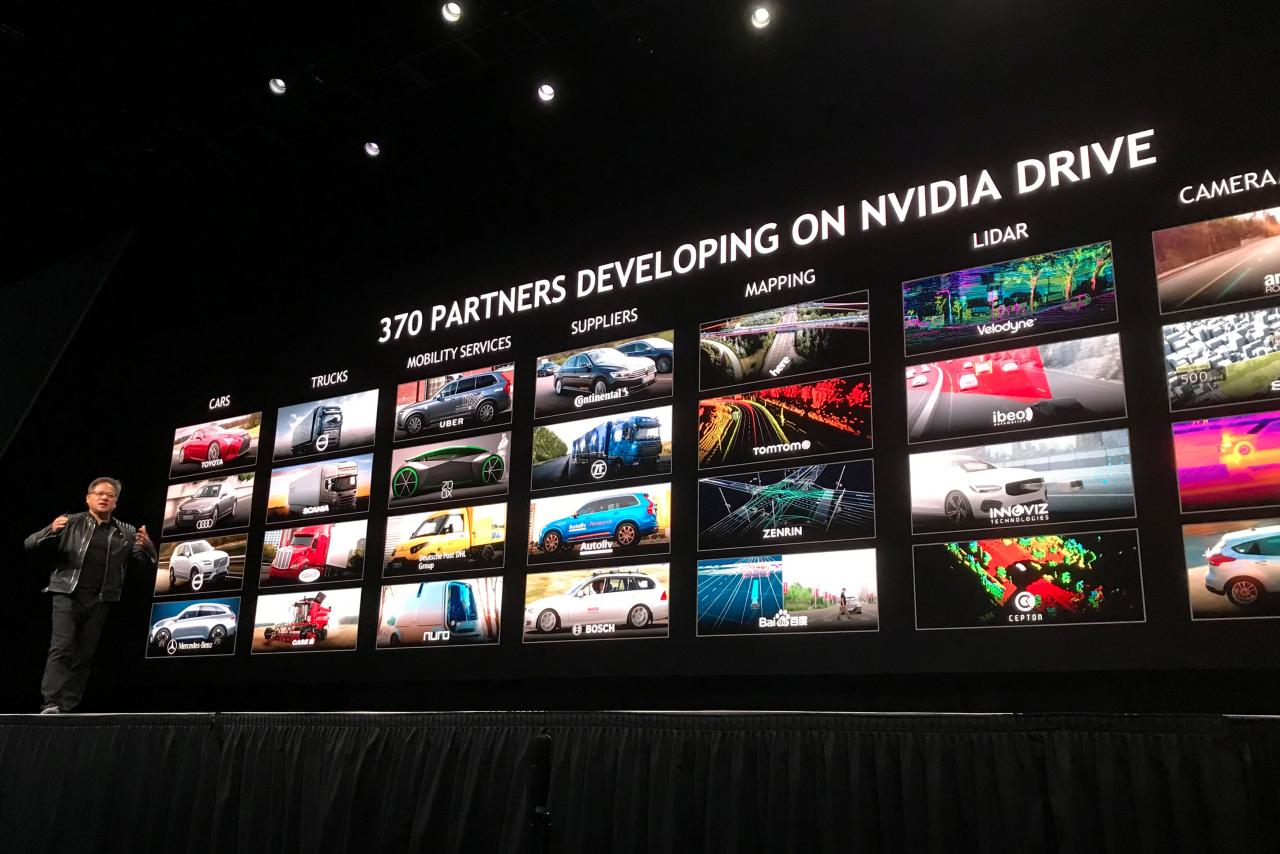 SAN JOSE, Calif. (Reuters) – Nvidia Corp unveiled on Tuesday a simulator that leverages cloud computing power to test autonomous vehicles, the latest move involving driverless cars that has helped more than double the chipmaker’s stock in the past 12 months.

Nvidia CEO Jensen Huang said at the company’s annual GPU Conference in San Jose that the cloud-based system, Nvidia DRIVE Constellation, was based on two different servers, with no need for a physical car. One server simulates the vehicle’s many sensors, and the other runs the vehicle’s software to process the simulated data.

Nvidia has said that using simulation, some 300,000 miles (483,000 km) can be driven in five hours, essentially every paved road in the United States simulated in just two days.

The technology is designed to allow automakers and others to validate their technology on billions of driving miles and increase the strength of their algorithms by repeatedly testing difficult scenarios, which would be impractical in the real world.

The software can simulate glare at sunset, snowstorms, poor road surfaces and dangerous situations to test the vehicle’s ability to react.

Questions over the safety of self-driving cars are swirling in the wake of a fatality involving an Uber self-driving vehicle in Arizona.

Bets that Nvidia will become a leader in chips for driverless cars, data centers and artificial intelligence have sent its shares up 26 percent since the beginning of the year.