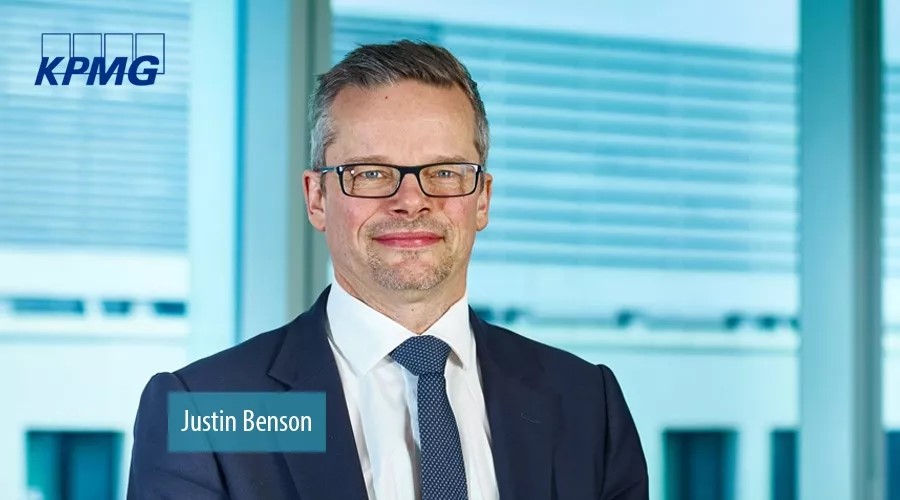 The UK arm of Big Four firm KPMG has appointed Director Justin Benson as the new Head of its Automotive practice, as the company prepares for increasing demand resulting from period of change in the sector. Clients are facing possible trade tariffs, along with the challenges of electrification in coming years.

The UK automotive industry is in a period of change, as a number of major trends, including autonomous vehicles, electrification, mobility and connected vehicles, usher in potentially disruptive changes. While the UK’s 2040 goal of eliminating the sale of combustion-powered vehicles means companies are having to accelerate their electrical offering, electrification is starting to have a noticeable impact on the major trading partners of British automotive producers. The overall market share of battery-powered, fuel cell and plug-in hybrid vehicles (together electrified vehicles) sold world-wide has increased approximately six-fold since the start of 2013, today accounting for a 1.20% share of total sales.

Meanwhile, geopolitical issues such as Brexit, and the protectionist Presidency of Donald Trump, mean import/export tariffs are an increasingly likely challenge UK manufacturers will face in coming years. With the increasing prospect of a border adjustment tax on vehicle related imports, automotive producers in America face between $1,000 and $1,800 in additional fees per import, depending on the production cost of vehicles, as found by a new study. The reshoring of the work to the US is unlikely to see investment recouped within a reasonable timeframe for most parts.

As KPMG’s automotive wing in the UK prepares for ramped up demand in the sector, resulting from these and other challenges, the firm has announced the appointment of a new Head of Automotive, effective immediately. Justin Benson, who joined KPMG’s UK arm in 2000, takes over the role from John Leech who became Head of the department in 2011. Justin Benson is also Brexit lead for KPMG’s industrial manufacturing practice – a role he will continue in simultaneously. Benson has worked in the automotive sector for over 10 years, becoming a Director with the firm four years ago. He has experience in a range of areas from supply chain optimisation to risk management.

Stephen Cooper, UK head of industrial manufacturing at the firm, said of the appointment, “I look forward to working with Justin, who brings an already established network, innovative thinking and significant operational skills to the fore at a time when the automotive sector is on the cusp of disruption from electrification, self-driving cars and mobility as a service.”

Benson commented, “I believe we are entering the most exciting period in automotive since the invention of the car, so I’m delighted to be taking over the reins from John. Under John’s direction, KPMG has demonstrated how important the automotive sector in the UK is for our firm. We will continue to invest, particularly in our Mobility 2030 cross-sector ecosystem platform, working with clients and the industry on how the sector responds to the disruption it is experiencing.”

KPMG is not the only firm to move to accommodate future demand, meanwhile. In line with the changing demands of clients resulting from political, economic and technological challenges, the European consulting industry has seen a number of changes recently. In September, Bain & Company hired automotive expert Ralf Kalmbach from rivals A.T. Kearney to prepare for change in the German market. Other firms have found it difficult to retain top talent in such a climate, too. Grant Thornton lost Tarun Mistry, their Partner for the firm’s financial services corporate finance and automotive advisory team, leaving his position at the accountancy and advisory business last month to seek new pastures, following a distributable profits per partner drop from £398,000 to £344,000, at the end of 2016, despite making a profit before tax of £72 million.