Is Tesla Really a Disruptor? (And Why the Answer Matters) 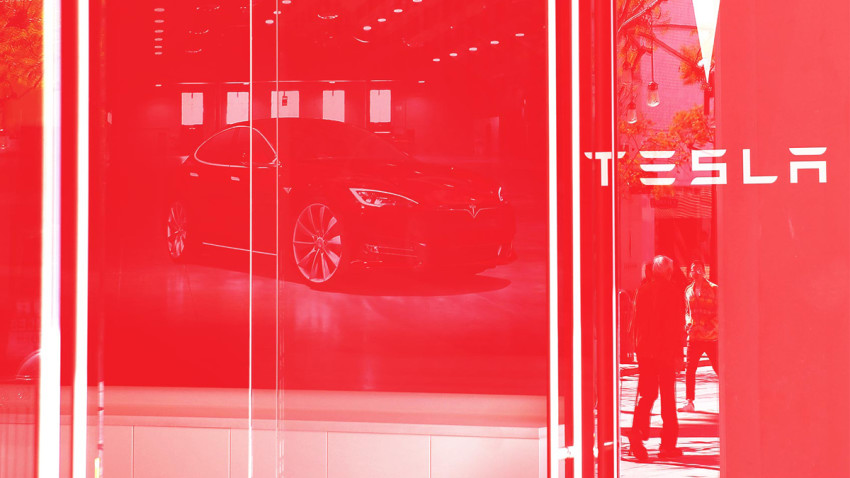 Tesla, Elon Musk’s automotive start-up, is having a very good year. In September, the company expects to begin shipping its all-electric Model 3 to non-employee customers, who have already logged 500,000 pre-orders. After reporting earnings earlier this month, its stock jumped, rocketing the 14-year-old startup’s valuation to over $53 billion, ahead of every other U.S. car manufacturer and all but three worldwide. This despite the fact that the company lost nearly two billion dollars in the past two years alone.

There’s little argument that Tesla is a wildly innovative company.  But is its automotive business a disruptor, poised to transform the entire transportation sector?  That’s the question that has dogged the company from the beginning, inspiring heated debate among Wall Street analysts, fanatical customers, and tech-related online communities.  Musk himself is ambivalent about the term. “I’m much more inclined to say, ‘How can we make things better?’” he said recently.

The answer matters. The company is currently almost $10 billion in debt, and on Monday last week Tesla announced plans to borrow an additional $1.5 billion to escape what Musk calls the “manufacturing hell” the company is now experiencing in its transition from small batch car making to mass production. Investors and lenders are betting on the company’s long-term potential to dominate a future that may feature autonomous vehicles, sustainable energy consumption, and the ability to upgrade easily as both hardware and software evolve. If that potential isn’t realized, the money will quickly dry up.

Tesla clearly doesn’t qualify under the traditional definition of a disruptive innovation. In the model described by Clayton Christensen, a new entrant offers substitute products using technology that is cheaper but initially inferior to products offered by mature incumbents. Then the disruptor improves its performance over time, eventually catching the industry either unaware or unable to adapt.

In our continuing work on Big Bang Disruption, we have noted several alternative paths to industry transformation. These include offering a more expensive product whose superiority shifts consumer buying patterns, a “blue ocean” alternative that redefines consumer expectations to create new market space, and a long period of growing revenue but shrinking profits that lead to industry collapse and reincarnation based on a new value proposition.

Finally, there is Big Bang Disruption itself, where rapid evolution of new technologies leads to the introduction of substitute products that are both better and cheaper right from the beginning, triggering a sudden abandonment of consumers away from incumbents to the new entrants who best utilize the capabilities and changing economics of the disruptive tech.

But no matter which definition you use, it’s hard to see Tesla fitting it.

For one thing, it’s not clear what disruptive technology the company is offering. Electric cars have been around for a long time (Tesla has been selling them for almost a decade), but the technology is still neither better nor cheaper than internal combustion. According to Tesla’s own data, battery density doesn’t exhibit the kind of growth that has driven exponential improvements in digital technology. Battery performance may not reach parity with fossil fuels for another 50 years.

Ditto for autonomous vehicles, and for Tesla’s promise of fully-automated manufacturing based on improvements in artificial intelligence, robotics, and other disruptors. Tesla may find a disruptive solution using some or all of these technologies, but they haven’t yet.

In the meantime, of course, there’s no guarantee that Tesla will be the winner in any automotive technology arms race.  Most major car companies are now investing heavily in the same technologies, and in some cases may be using the same component suppliers as Tesla. Tesla famously open-sourced all its patents in 2014, reducing any advantage the company may otherwise have claimed for proprietary inventions.

For now, what the company has is a powerful brand that stands for luxury and sustainability at the same time. But it’s not hard to see any number of existing premium brands—think BMW, Mercedes, Volvo, Lexus—stepping in to claim the same mantle.

Still, Tesla boosters compare the company to Apple, and on the surface the similarities are compelling. Both companies were led by visionaries, both offer high-end versions of commodity products, and both enjoy fierce loyalty from customers.

But the competitively-priced Model 3 is not the iPhone, which in 2007 radically reinvented cell phones, personal digital assistants, digital cameras, and several other disparate products in one remarkable leap. (At the time, one of the premium mobile devices was a Blackberry.) And Apple, unlike Tesla, had the capacity to make millions of the new devices right from the start, along with strong distribution, retail, and repair channels.

Tesla is also not comparable to Netflix, another frequently-cited example of a disruptive innovator. Netflix disrupted the video rental market at least twice—first with its DVD mailing service and then, in 2007, with its streaming Internet-based service, which clearly met the better and cheaper criteria for a true Big Bang Disruption. Consumers jumped en masse, destroying Blockbuster and other retail rental chains in just a few years. Tesla’s current battery technologies are not both better and cheaper than existing internal combustion. Even if they were, it would not be realistic to expect customers to replace vehicle hardware as quickly as they change their media-consumption habits.

The better analog for Tesla may be the Sony Librie and other early electronic book readers, introduced at great expense and fanfare between 1998 and 2006.  None of them succeeded. Then Amazon launched the Kindle in 2007, at last igniting transformation of the sluggish book business.

Amazon’s disruptive insight was that component technologies had finally matured, including displays, storage, lightweight batteries, and cellular networks that could be used to upload and download new content. Amazon also leveraged its growing strength in the publishing supply chain as well as a reputation for superior customer service to create and dominate the e-book business, dispatching prior and future competitors.

As these examples suggest, successful disruption often requires a robust manufacturing, distribution, and service platform that can be repurposed to help scramble the incumbent industry supply chain in short order, as well as a steady supply of revenue from more mature products to fund continued experimentation.

For now, Tesla has none of these. Worse, the company is subject to considerable uncertainty over substantial government subsidies, which in some markets have had a profound influence on the willingness of consumers to pay Tesla’s premium price. In Hong Kong and Denmark, for example, announcements that the subsidy would be withdrawn collapsed Tesla sales by 90% or more, leading Danish officials to extend the rebate period.

Assuming the company can overcome its “manufacturing hell,” Tesla may well deliver all the 500,000 pre-ordered Model 3s by the end of 2018. But as Apple learned from the muted success of the iWatch, early enthusiasm for a new product may not suggest a long tail of future sales. After announcing the Model 3 in 2016, Tesla signed up the first 300,000 customers in just two weeks, most in less than a week. But as with smart watches, the increasingly frictionless spread of product preferences among consumers may mean that nearly all likely customers showed up at once, at product launch.

For the cash-strapped Tesla, waning sales may cut short any hopes of securing a sustainable leadership position in a reinvented transportation industry. Elon Musk may succeed in starting a disruptive revolution, only to fade from the field just as incumbents or other new entrants waiting nearby storm the palace.