Automotive IoT: Will your car let you drive home from the bar? 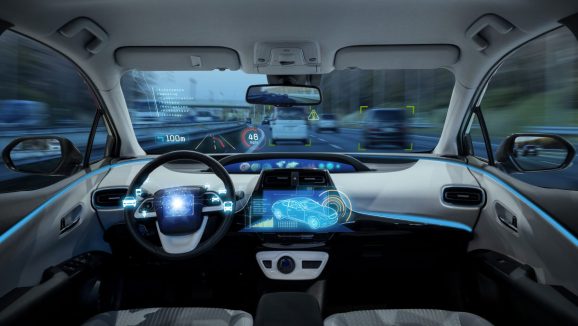 Much ado has been made about self-driving cars, and the spirited debate as to how soon humans will be banned from driving. As a human who loves to drive, I hope that’s never the case. For now, I try not to worry too much.

That being said, there is a rising concern among many drivers about the vast amount of data that today’s sensor-laden cars can track. This New York Times article from last summer nails it:

Cars have become rolling listening posts. They can track phone calls and texts, log queries to websites, record what radio stations you listen to — even tell you when you are breaking the law by exceeding the speed limit.

Consumers are aware that many insurance providers offer a discount to drivers who agree to have their habits tracked with telematics devices; these are primitive compared to the sophisticated sensors already riding around in production vehicles. However, while privacy concerns dominate the current zeitgeist around automotive IoT, as a data scientist I’m fascinated how much we can learn about making cars (and drivers) safer by diving into the massive amounts of data that onboard sensors generate.

The first comparison is of the customer or device in the context of their own history of events, where one can determine changes from historical behaviors. A second comparison is done by grouping customers or devices into similar archetypes of behavior, and then analyzing how much the behaviors of individuals deviate from the archetyped behavior of similar individuals.

In the case of an IoT device like a car, depending on the degree of variance, we can assess how likely the behavior of the vehicle is to be aberrant, which can indicate if the driver is behaving in a way that is safe (at the speed limit and obeying other rules of the road) or unsafe (driving too fast, erratically or under the influence of alcohol or drugs).

The IoT devices can indicate whether a driver who generally drives defensively becomes aggressive, or an aggressive driver who is operating within the norm of their more speedy tendencies. IoT data can also extend to find anomalies not related to the driver, such as telling how us likely that vehicle is to have been compromised by a cyberattacker, or suffer from component failure.

To achieve this we utilize the concept of behavior sorted list technology and collaborative profiling. Behavior sorted lists keep track of events that are recurring in a driver’s behavior, and rank orders these events to understand normalcy based on historical data.

For example, if one associated a set of events say related to:

We can understand based on past occurrences whether the driver typically speeds or is careful in a pedestrian zone. Although dangerous, consistently being +15 in a 30 mph zone indicates a past behavior of speeding in this zone and not a change of behavior due to, say, being under the influence or late for work. Both of these situations might mean the driver is less adept to responding to the unique dangers of speeding in these zones.

When using collaborative profiling technology, we look to new rare events that might indicate more or less risk based on similar drivers. This technology works by associating words associated with different driving events — such as high-g turns, rapid acceleration, rapid deceleration and high speed alerts –which might learn that a driver doesn’t have a history of these events. Perhaps through use of collaborative filtering, the driver’s profile is more similar to a new, inexperienced driver, and one who might have a high risk of making such moves. Such activities might be indicative of a teenage driver getting her permit and then going for a joy ride, without yet having acquired sufficient driving experience.

Behavioral analytics, which encompasses behavior sorted lists and collaborative profiling, is a mature technology. FICO introduced it in the early 1990s to fight credit card fraud; we currently analyze two-thirds of the world’s payment card transactions, in real time, for fraud.

Behavioral analytics technology allows us to flag potentially fraudulent transactions with pinpoint accuracy to identify, literally, the needles in the haystack. In addition, behavioral analytics are continuously enhanced with the latest in artificial intelligence and machine learning technologies.

In terms of automotive IoT, techniques such as behavior sorted lists and collaborative profiles allow us to both deeply profile and understand a history of drives for a driver, while also anticipating new driving activity as potentially more or less characteristic and risky. Knowing that a driver has a lead foot off the line provides a view of normalcy of this driver and how they use their accelerator. Knowing that a driver doesn’t have much experience with high-speed driving or braking might indicate someone who is soon going to meet the ditch, or worse, in terms of these driving events.

This raises the question of how AI can help in a number of ways, for example:

Thus, it’s pretty easy to imagine driving scores that would rank order drivers based on skill and experience levels, to potentially “unlock” the most aggressive behaviors of the automobile when appropriate, or sideline a driver when his behaviors are indicative of a distracted driver reading texts, under the influence of drugs or alcohol, and other unsafe conditions.

Should cars be ‘trained?’

So, let’s say you drive your car to a bar and have a bit too much to drink. Can, and should, cars be “trained” to react to their drivers’ profiles, such as kicking into self-driving mode and pulling over to the shoulder if the car senses you’re driving while intoxicated? That’s a big question. Drinking, driving and safety are already top-of-mind topics for today’s lawmakers. Recently, at the 50th annual meeting of the Governors Highway Safety Association, autonomous vehicle technology was a key topic of discussion.

As we wait for the dust to settle on how autonomous driving and IoT technology will affect laws around drunk driving, seat belts and open alcohol containers, keep up with my latest thoughts on Twitter @ScottZoldi. Vroom!

All IoT Agenda network contributors are responsible for the content and accuracy of their posts. Opinions are of the writers and do not necessarily convey the thoughts of IoT Agenda.

What IoT and big data mean for car safety technology