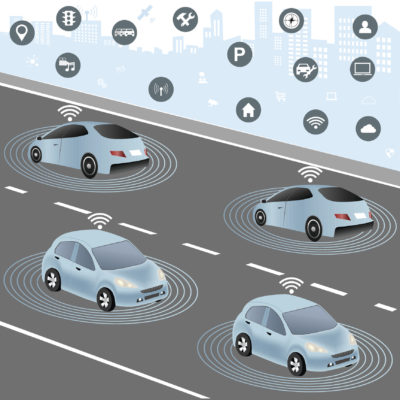 Data is set to change the automotive industry, but a fight looms over who owns that data — automakers or car owners?

As more data is generated and its value skyrockets, questions remain over ownership. A fight is looming.

The widespread ability for consumers to make service appointments from behind the wheel – and many other tasks – could be here sooner than you think.

Greg Potter, executive manager of the Equipment and Tool Institute, figures that by 2020, “every vehicle will have some sort of connectivity to it.”

Since it’s the desire of many to be connected with each other in spaces like social media, there’s a strong push to meet that demand in the automotive world, said Bob Stewart, aftermarket service support at General Motors.

“Everything is about a connection today,” he told attendees of the Business Outlook Conference at NACE Automechankia in Chicago at the end of July.

Who owns the data, anyway?

But with all of this information comes the question of ownership. As part of a panel that discussed telematics and connectivity, which included Stewart and Potter, Mike Fitzgerald of Innova Electronics pressed the need that drivers need to hold ownership of the data. Further, the aftermarket needs access to the data in order to remain viable. As long as it remains in the hands of the automakers, they will hold a significant advantage.

It’s a position Jean-Francois Champagne agrees with. The president of the Automotive Industries Association of Canada told Jobber News that his group is working closely with a number of trade associations across North America to discuss the evolution of telematics and ensuring the aftermarket is not an afterthought.

The challenge, then, is to figure out a way to get the carmakers to agree to relinquish control of such valuable information. Pack some patience, Fitzgerald warned.

Unlike the right to repair debate where government and industry came to an agreement in Canada, the stakes are higher in the case of telematics and vehicle data ownership, Fitzgerald said.

“I’m very much subscribed to the whole aspect that telematics is, in fact, the evolution of right to repair,” he said. “The complexities and the various changes telematics bring are far more complex than the traditional right to repair battles that we fought eight, nine, 10 years ago.”

“The complexities and the various changes telematics bring are far more complex than the traditional right to repair battles that we fought eight, nine, 10 years ago.”

The amount of information available in connected vehicles is extremely valuable to whoever owns it. Personal driving habits, for example, are invaluable to both the aftermarket and OEs.

“Once a repair shop gets [that information], now he’s on a level playing field with the OE guys,” Fitzgerald said. “Maintenance is the repair shop’s biggest opportunity in telematics.”

How so? A shop can know exactly when a car’s maintenance is due. If they know the customer wants his oil changed every so many kilometres, a reminder can be sent as that number approaches. The shop can offer coupons and send other marketing information. Shops can schedule upcoming and past-due maintenance while being able to schedule appointments for other needs.

It’s all about fair access, Champagne added. The aftermarket needs the same tools, technology, training and data that automakers make available to their dealership network. If not, Champagne will probably find himself back in front of the government to push for regulation that ensures “data remains in the hands of consumers and that they have the capacity to direct that data to their repair [shop] of choice, be it a dealership network or the aftermarket.”

But the likelihood of some sort of agreement between OEs and the aftermarket doesn’t look promising to some.

“There’s a wide spectrum of opinion as to whether or not we’ll be able to be successful in doing this in a conciliatory and negotiated way,” Champagne said.

But the OEs have even more reason to hang on as tightly as they can to vehicle and driver data. It’s simple: money. The amount that they can profit from selling advertising is immeasurable.

“It is about marketing,” Potter said, adding that companies are going to pay to be able to put their product in front of consumers while they’re behind the wheel. “It’s about money, it’s about marketing and I think that’s what everyone is worried about. Everyone wants in on that revenue.”

Speaking at a different session of the same conference, Ricci gave the following example: If there’s a traffic jam ahead, you may get a notification in your car about it from Starbucks. They’ll invite you to get off the highway at the next exit and go to their store two blocks up the road. They will meet you curbside with your favourite drink and have you back on the road in three minutes instead of the normal 10 minutes it would take to go in, wait in line and get your order.

“Maybe now I’m more compelled to get something,” he said.

The auto business is moving in a similar direction as the phone industry. It’s not entirely about its physical capabilities – it’s more about being a “platform” for greater reach. Just look at the way apps have revolutionized the way a mobile device is used.

Your data, your choice

In the U.S., the Auto Care Association has pushed a campaign with the slogan “Your Car. Your data. Your Choice.” By bringing the fight to involve the end-customer, the hope is that enough pressure is mounted, similar to the force of right to repair, Fitzgerald told attendees of the conference.

The AIA is “very much aligned” with the position of their American peers. Whether or not a similar campaign will take place here has not yet been determined. However, there is a lack of understanding among Canadians about telematics and data ownership, Champagne told Jobber News. Once it is explained to them, the response is robust.

While no agreement appears to be in sight in the near term, Champagne did acknowledge that the clock is ticking. New technology is always ahead of regulations and the industry can’t fall far behind, he warned.

“There is a certain sense of urgency and I wouldn’t necessarily put a date on it but we know that connectivity around vehicles is accelerating rapidly.”